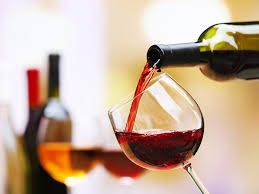 From the ancient wine producing region of Catalonia, Spain. This weekend we’re pouring a crisp and refreshing classic white and a Bordeaux-like blend from Catalonia’s oldest wine producer. Stop in for a taste! Cheers.🍷

Catalans are fiercely independent and proud of their identity and traditions. Although part of the Spanish nation, it is a distinct region that, like any other, has its own customs that make it unique. Catalonians differ greatly from their Castilian, Galician or Andalusian countrymen– in language, foods, art and cultural institutions. As well, Catalonian wines have little in common with those from the rest of Spain.
Catalonia’s 10 denominated wine regions focus mostly on so-called Mediterranean grape varieties including the white Xarel-lo and the well-known Spanish Garnacha, Tempranillo, Syrah and Cab Sauv.
This week, we would like to introduce you to two wines that are notable examples this proud and ancient heritage. Come taste!